The Story of a 1949 UK Chemistry Graduate

It was 1949, World War II had ended and twice as many students were enrolled in universities across the country compared to pre-war enrollment, many were on the GI Bill. I was one of those June 1949 GI Bill seniors, graduating from UK with a BS degree in physical chemistry. My name is Alan Veith. 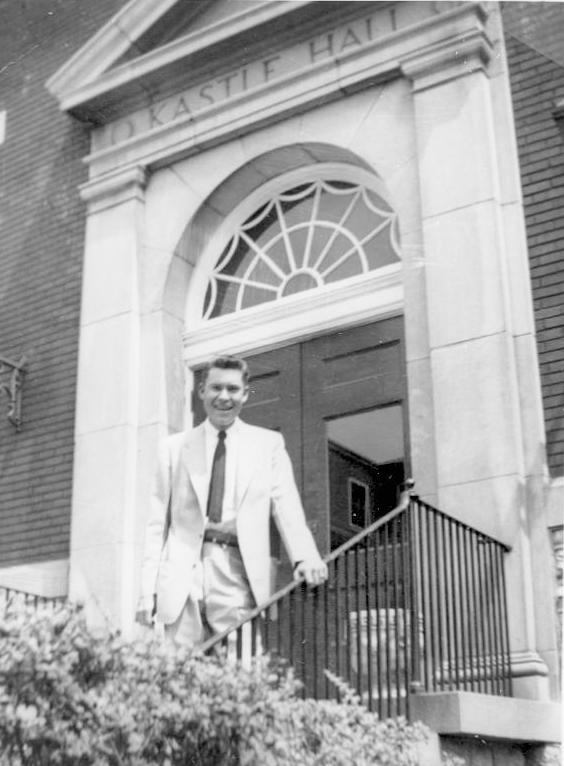 My days at Kastle Hall, the chemistry building at that time, were coming to an end.  I was a lucky senior ; the only BS graduate in chemistry, not planning on postgraduate work, that had an industry job offer at the time of graduation. After a campus interview BF Goodrich (BFG)  had offered me employment in Akron OH.  A 3.44 grade average probably helped.

I had two careers in my professional life - one in industrial research with BF Goodrich and one in industrial standardization development, with the American Society for Testing and Materials (ASTM) and also with the International Standards Organization (ISO). Today it is 71 years since graduation and I am 94. I realize that so much of life has a contingent nature. We do not see the full potential outcome of our decisions or of fortuitous events.  But they do matter. The big break that BF Goodrich provided, put me on a scientific and personal life trajectory that I would like to describe.

Career 1 - Industrial Research – After nine months in the BFG Akron analytical laboratories,  I started my research career in 1950 at the newly built BFG Research Center, in Brecksville OH, 13 miles north of Akron. I began in compounding research at the entry level. In my research responsibility I evaluated the in-rubber performance of newly synthesized rubber accelerator and antioxidant chemical compounds by the staff organic chemists. Both functions were important but routine. To move my career along I enrolled in night classes in polymer science to earn a MS at the University of Akron.

Demonstrating Innovation - However I desired to better understand the mechanisms of how these accelerators and antioxidants worked. I spent many hours reading all the latest research on these and other aspects of rubber science. I was transforming my routine technical job, moving to a more fundamental scientific level. After completing an assigned special research project in two years, I presented two papers on the work at an ASTM Committee D11 (rubber) symposium in 1952. Both papers were published in 1953; my first two scientific papers. The work consisted of an in-depth evaluation of new recommended procedures for evaluating the technical qualities of NR. I developed new innovative approaches for important parts of this project. I was moving up on my learning curve.

A Personal Note - The BF Goodrich Research Center was a completely new facility with the latest modern equipment and had a total staff of about 400. In 1951 a very attractive brunet, Rosemary Thernes, with very expressive brown eyes, was employed as an executive secretary. In September 1952 we started dating and in May 1953 we were married. Three remarkable young adults resulted from this marriage and Rosemary and I are still enjoying life. BFG was important in my professional life and in my personal life.

The First Decade of Research - In my first decade of research, I completed work on five research projects concerned with the aging of rubber. Papers were presented and published for all five projects. One of the projects was used for my MS thesis in 1956. The newly developed technique measured the chain scission efficiency in the oxidative degradation of NR ; the number of  polymer chains cut per molecule of oxygen consumed. The paper was published in the J. App. Polymer Science in 1957. New novel measurement procedures were developed, solving problems ignored by previous attempts to do this. During this period I began to educate myself in the use of statistics.
These new data analysis and experimental design applications were important research tools.

New Research Fields - I moved on to additional projects in the 1960s; with original work on a newly developed test device in the rubber industry, the curemeter. It solved a major problem in the industry; how to quickly determine the cure rate of rubber compounds. This work culminated in a patent in 1971 for a curemeter design known as a ‘rotorless curemeter’. Such curemeter devices are in worldwide use today.

A major new effort was the project to improve measurement techniques for some important tire performance capabilities. A special instrumented ‘over-the-road’ test trailer was designed to measure tire wear rate in 100 to 200 miles compared to routine industry methods that required 5K to 10K miles.. Altogether 14 papers were published on this work over my career, a major contribution was the development of a dual mechanism viscoelastic response theory of treadwear. This body of work was a new and improved scientific approach to tread wear measurement technology, a first in the industry.

Beginning in 1969 a second special instrumented cornering trailer was developed to measure tire traction performance (dry, wet). This work also was continued until 1991 with 8 papers published.  Special water lubrication mechanisms were invoked to explain the complex and varying wet traction performance of tires.  This approach was and remains, unique in the industry.  I became a tire industry expert in the technical disciplines of treadwear and traction. Both involve complex physics and chemistry in the tire-pavement contact interface. My industrial research publication continued after retirement in 1991. The last of a total of 36 publications was published in 1998. I retired as a Senior Research Fellow, the highest scientific position level in R&D in the company.

Career 2 - ASTM and ISO Standardization - I continued participating   in ASTM activities in 1958, at a symposium on ozone testing with a paper on a quantitative measurement of ozone cracking of rubber. Little did I realize that my 1952 participation in the Committee D11 symposium would be the beginning of a period of standardization activity that would last to the present day - 68 years later I am still active in D11 affairs. I am currently (2020) working with a colleague to draft a new D11 standard for evaluating test method bias. This work is the outcome of a groundbreaking paper on precision and bias evaluation published in 1993. In 1994 it received the “Youden Award” by the American Statistical Association for the best paper on inter-laboratory precision evaluation in 1993.

In 1965 I began a period of official ASTM administrative activity, serving as the Chair of several subcommittees (of D11) on rubber degradation and statistical applications, eventually serving as the Chair of the main D11 Committee for two years (1988-1989). I had a leadership role in developing several new tire performance standards for ASTM Committee F09. In 1978 I was recognized for my ongoing extensive D11 standardization work with the ASTM “Award of Merit’ and accorded the title of ‘Fellow of the Society’.

In 1980 I moved into the Chair position of D11.16, the subcommittee on statistical applications in D11. In this capacity I was the data analyst and leader of the work to evaluate the precision of sixty D11 test method standards over a period of three decades. A major contribution was writing the basic D11 precision analysis standard in the early in 1980s, to conduct this work.

ISO Activity - In 1970 I began participating in ISO Technical Committee on rubber, TC45, attending yearly conferences on international rubber standardization. I was appointed as the Chair of the Working Group on statistical analysis in TC45. After drafting a new TC45 standard for precision evaluation, I assumed a leadership role for TC45 test method precision evaluation. I have had the privilege of being the sole author of 16 ASTM standards during my 68 years of activity and the sole author of two ISO TC45 standards. ISO statistical analysis work continued until 2010.

It is satisfying to be recognized for technical accomplishments. In addition to the award recognition noted above I have received the following acknowledgments:  The “Exceptional Service Award’ in 1991, from Committee D11 for four decades of contributions to both administrative and technical activities in D11;  The  initial “Robert D. Stiehler” award in 2004, from Committee D11, for forty years of D11 leadership and outstanding contributions in standards development; The “Lifetime Achievement Award” in 2012, from ASTM Committee F09, for an outstanding leadership role in developing new tire performance standards; a “Certificate of Appreciation” from ISO TC45 in 2010, for dedicated contributions in the evaluation of ISO test method precision. 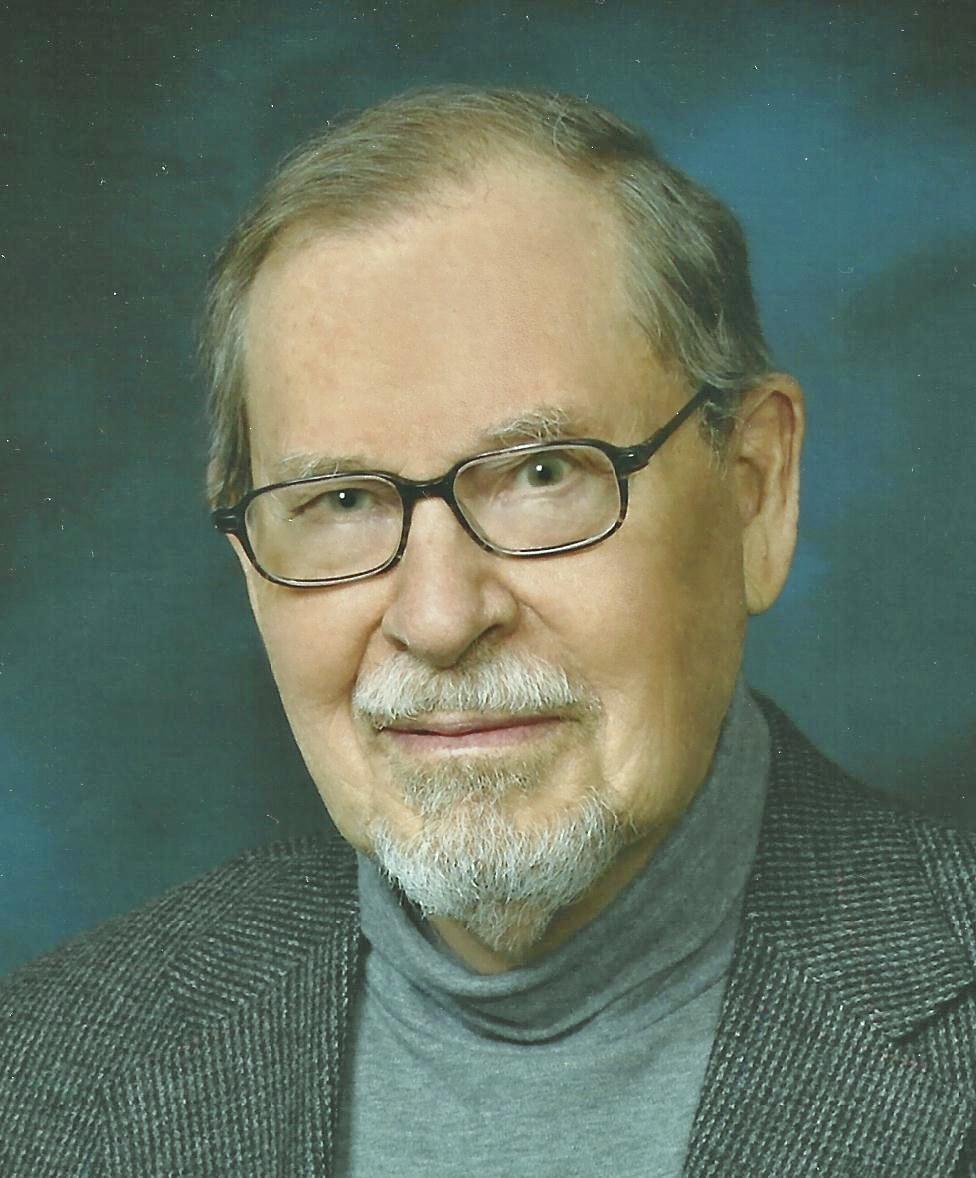 A side benefit of the long-standing ISO conference attendance in TC45 (since 1970) has been the opportunity to experience the benefits of international travel. My wife was able to accompany me on all travel and we have visited all countries in Western Europe, several in Eastern Europe, several in SE Asia and the Orient. Together we have traveled and toured 55 countries worldwide!  It has been a totally unique and unmatched cultural experience.

A Final Note – My academic education at UK was the key to success in the professional scientific world of industrial research and standardization . I treasure my days in Kastle Hall, Professor Dawson’s lectures on PChem and chemical thermodynamics, the senior seminars and the busy class schedules of all my student colleagues in that long ago period in the middle of the 20th century.