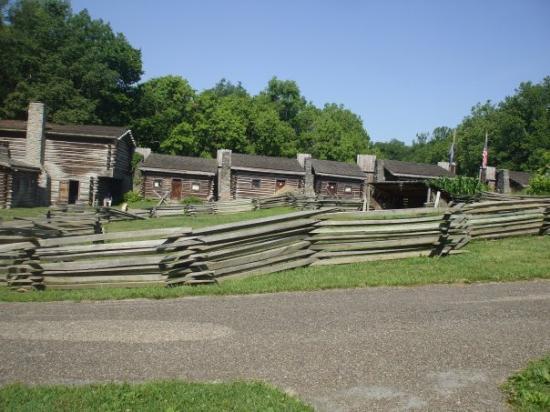 Archaeologists at the University of Kentucky, having completed a geophysical survey, will begin limited excavations at Fort Boonesborough State Park from June 18-22, in search of archaeological evidence of a Revolutionary War siege.

The Siege of 1778  was a prolonged engagement that pitted a party of French Canadians and American Indians against settlers living in the stockaded fort at present day Fort Boonesborough State Park in Madison County. The project, funded by a grant from the American Battlefield Protection Program, began in May 2012 with remote sensing surveys of the fort site and a nearby site that may have been part of the large American Indian encampment during the siege.

Ground penetrating radar, a magnetometer, a conductivity meter and a resistivity meter were used to identify anomalies in the soil that occurred as a result of human activity.

Project director Nancy O’Malley, professional archaeologist from the William S. Webb Museum of Anthropology at UK, will head up a team of professional archaeologists and volunteers to look for evidence of such features as a collapsed tunnel dug by the Native Americans from the Kentucky River toward the fort; cabins and stockade associated with the fort itself; and artifacts associated with the encampment of several hundred American Indians and 40 French soldiers.

"I’m very grateful to the American Battlefields Protection Program and the Kentucky Department of Parks for making this project possible," O'Malley said. "The project builds on previous research and promises to gather additional information about this very significant site and the events that took place there during the Revolutionary War."

Visitors are welcome to stop by the site, and limited volunteer opportunities are available.

To learn more about volunteer opportunities, contact Nancy O’Malley at 859-257-1944. All volunteer arrangements must be made before June 18.