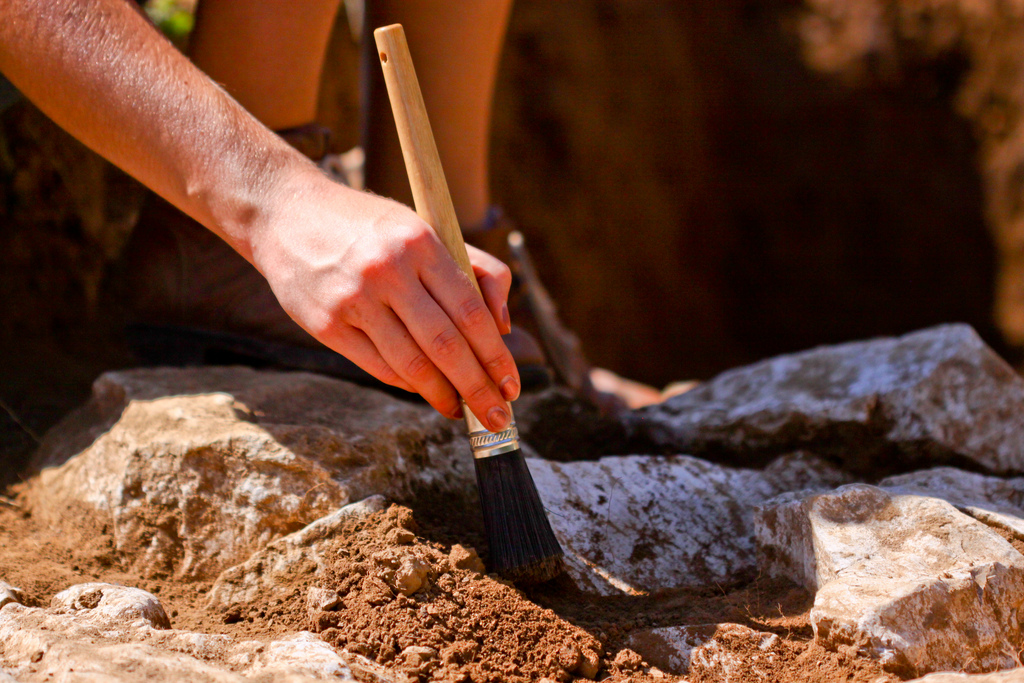 What used to be a standard component for universities with archaeology programs is becoming increasingly rare: field school — an experiential course in which students excavate real archaeological sites. However, the UK Department of Anthropology has remained firmly committed to providing opportunities for students to dig into real-world experience.

Kim McBride, anthropology professor and co-director of the Kentucky Archaeological Survey, taught Anthropology 585: Field Methods in Archaeology at the Shaker Village of Pleasant Hill, 25 miles southwest of Lexington. Students enrolled in the six-week course excavated, collected artifacts and interpreted findings from the sites of two early 19th century Shaker buildings from May 8-June 19.

"For a lot of students that want to go into archaeology, this is kind of a basic course," McBride said. "Say they want to get a job as an excavator for a few years before they go to grad school. It's almost like a union card, having field school experience. A lot of contract firms expect you to have a field school before they will accept you. So it's a really important class."

Focusing on the basics, the course teaches skills in various excavation methods, including archaeological surveys, small scale excavation, large scale excavation and block excavation. At Shaker Village, the students used these techniques to pinpoint the exact location and dimensions of an 1810 Meeting House and an 1812 Centre Family dwelling, by locating and unearthing the corners of the buildings' stone foundations.

"There was a hump in the ground where the original Centre Family house was, but nobody knew its dimensions," McBride said. "So our project has been to uncover that foundation."

The project connects back to McBride's ongoing research, which focuses on the concept of order and spatial layout of the village. 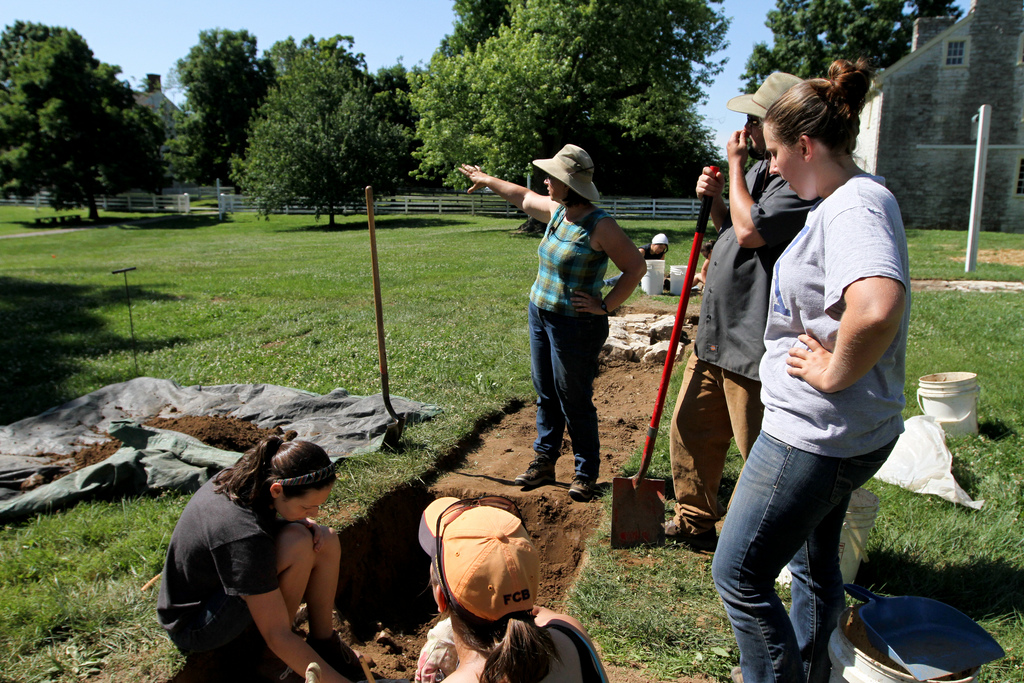 "When I began researching the Shakers, I was struck by how important it was for them to have an orderly society, and they used that word order a lot — order and unity," McBride said. "When you look at the layout of the village, all of the buildings line up with each other, and we have used that knowledge to predict and confirm the locations of other buildings' foundations."

The students' findings were consistent with McBride's prediction.

"Once we found all four corners of the foundation, we used surveying transits to shoot a line down the foundation from the Centre Family dwelling, and it lines up exactly with the Meeting House," McBride said.

Apart from determining the buildings' locations, the students also uncovered and cataloged artifacts from the two sites.

The Shakers abandoned the original functions of the two buildings, repurposing them as workshops and rebuilding new after they reoriented the village by 90 degrees in the mid-1810s.

"We were hoping to find artifacts that would help us to interpret the activity that took place at both the Meeting House and Centre Family dwelling after they were turned into workshops," McBride said.

Their findings include a bone button, blank pieces of animal bone that could attest to button manufacturing, a glass bead and a clay marble at the Meeting House, as well as a thimble and a spool for thread at the Centre Family house, among other artifacts. Students such as junior Tiffany Jones, will take the artifacts back to the archaeology lab to process them.

"We've learned to wash artifacts, and to clean them and catalog them," Jones said.

Senior archaeology student Madison Wheeler said that the range of skills she acquired through the class will help her immensely in her future career. 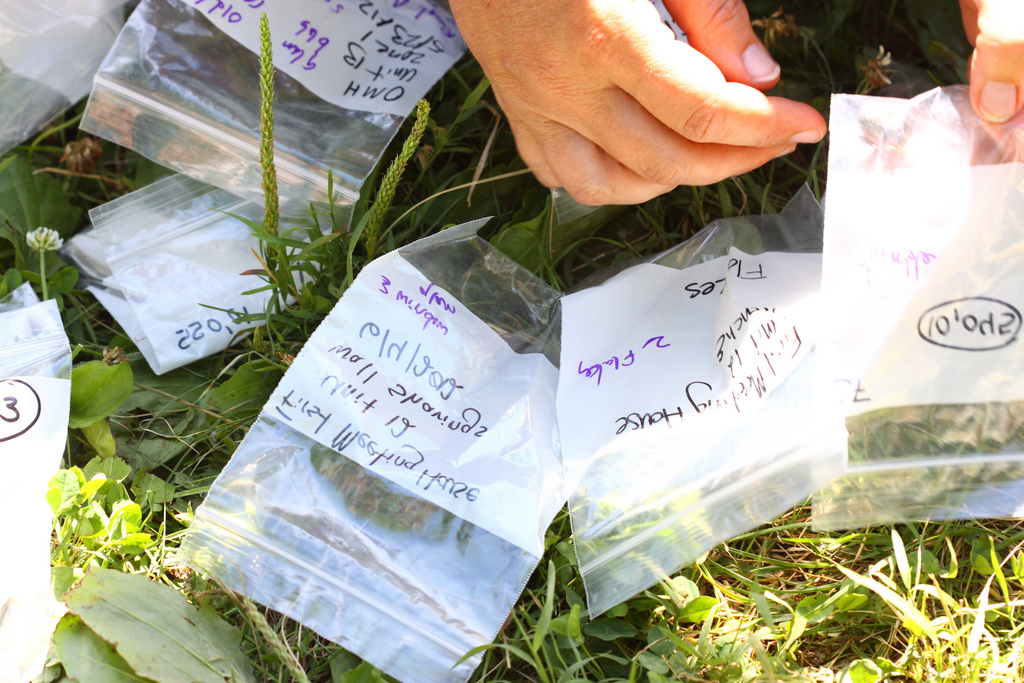 "Before I did this, I had not really done anything hands-on, so I've learned a lot," Wheeler said. "This is what they do on a real dig. This is what we will do on major digs and get paid for it someday. I think we will be able to carry this on in our future jobs."

The project also served to enhance the tourist experience at Shaker Village. After the students uncovered the foundations, the staff at the site poured gravel around the now-exposed rocks, so the site remains visible.

"We're trying to help the visitors of Pleasant Hill understand what used to be there," McBride said. "This big humped up area — if you were an archaeologist, you would know that there used to be a building there, but lot of people wouldn’t. Now you can see the whole foundation, and there will be a sign explaining that a building used to stand here."

McBride said she was very pleased with both the findings and the students' work at Shaker Village.

"It was a lot of digging to answer some basic questions," McBride said. "But, in the end, the students acquired some great experience."

To view a photo album of the students at work at Shaker Village, click here.