Jonathan Barnes, PhD, was a student at UK from 2000 to 2006, earning both BS and MS degrees in Chemistry.  Jonathan is now an Assistant Professor of Chemistry at Washington University in St. Louis (link to his website). Here Jonathan answers some questions about his time at UK and offers some advice to current and future chemistry students.

This interview is part of a series conducted by the department called, “UK Chemistry Alumni: Where Are They Now?” This interview was coordinated by Dr. Robert Grossman.

Why did you choose UK for your undergraduate studies?

I chose UK to pursue my undergraduate studies because I thought I wanted to go to medical school and I knew UK’s med school was quite good.  I also grew up a huge Kentucky basketball fan, so I couldn’t wait to be a part of Big Blue Nation!

Did you always know you wanted to major in Chemistry, or did you initially have other plans?

I originally started at UK with a pre-med track in mind, and so I focused more on biology coursework during my first two semesters.  Once I took organic chemistry my sophomore year, however, I knew exactly what I wanted to do.

What courses at UK did you find most interesting or valuable?

The turning point for me was when I took the first semester of organic chemistry.  I had learned in my biology courses during my freshmen year that large proteins and enzymes could catalyze chemical reactions, but it wasn’t until taking Orgo that I fully appreciated the fact that we can stitch together atoms and molecules without any biological assistance.  I found the idea of making any molecule I wanted to be truly exciting. This excitement and interest were further enhanced after taking upper-level courses in advanced organic chemistry and spectrometric identification of organic compounds.

When you graduated from UK with both BS and MS degrees, you went to work in industry, and then later, you entered a Ph.D. program at Northwestern. How did UK prepare you for these later endeavors?

The experience I gained doing research in the Grossman group at UK prepared me very well for life as a research chemist at a small biotech company in Los Angeles.  One of the first projects I worked on dealt with the functionalization of biopolymers called chitosan.  Specifically, I used standard peptide coupling chemistry to add amino acids to the chitosan polymer.  During my Master’s work, I synthesized small oligopeptides, where each coupling step relied on similar peptide coupling chemistry.  Also, just the general overall training I received in the Grossman group well equipped me for the rigors of working in industry.

Later on, I went to Northwestern University to pursue a PhD in organic chemistry, and immediately upon entering, I already felt like I had a leg up since I had already obtained a Master’s at UK and came in with almost four years of industrial experience.  I was able to make an immediate dent in the research group that I joined (Stoddart group) and ended up finishing my PhD in under 40 months.  This would not have been possible without the training I received at UK and in industry.

Is there anything you wish you had done differently while a student at UK?

If I could go back in time, I would have taken more time to get to know my professors a little better.  I realize after all these years that not only are they incredibly bright individuals, but each has a unique story about how they arrived at UK.  Everyone’s path is certainly different, so hearing about these rich experiences would’ve been incredibly informative.

Did you always know you wanted to pursue an academic position at a major research university, or did you initially have other plans? If the latter, what made you change your mind?

I am not one of those people that grew up with a chemistry set and always knew they wanted to be a chemist.  I also definitely did not have any aspirations to become an academic when I was growing up, or even during my time at UK.  Even after leaving industry some years later to pursue my PhD, I went to Northwestern with the notion that I would eventually go back to industry except now equipped with the all-enabling PhD that would open doors.  Everything changed for me though when I met with, and subsequently started working for, Sir J. Fraser Stoddart.  I was not only fascinated by the concept of using organic chemistry to construct molecular machines and switches that operated on the nanoscale that his laboratory is so famous for, but I was blown away by how giving he was and how well he mentored the students and postdocs in his group.  It also didn’t hurt that I got to travel the world more during my ~3.5 years of graduate school than I had in the preceding 28 years of my life.  I had so much fun during grad school, and enjoyed the intellectual freedom it afforded, that I decided to pursue a postdoctoral research position in Jeremiah Johnson’s group at MIT.  This experience was also incredibly rewarding because I could witness first-hand what it was like to start and grow a young research group in one of the premier Chemistry Departments in the whole world.  At this stage in my career I was hooked and wanted to pursue my own science.  The only way to achieve this goal was to become a faculty member in a top Chemistry Department, and particularly at an institution that also has a top-ten medical school.

Do you have any advice for current undergraduates?

Study hard, get to know your professors outside of class, and never take yourself too seriously!

Anything else you want to tell us?

I am excited to see what the future holds for UK Chemistry.  I can’t wait to visit again sometime in the near future to see all of the positive changes that have taken place in the 12 years since I set foot on campus!

Jonathan gets to travel the world to share his research.  Here he is in China. 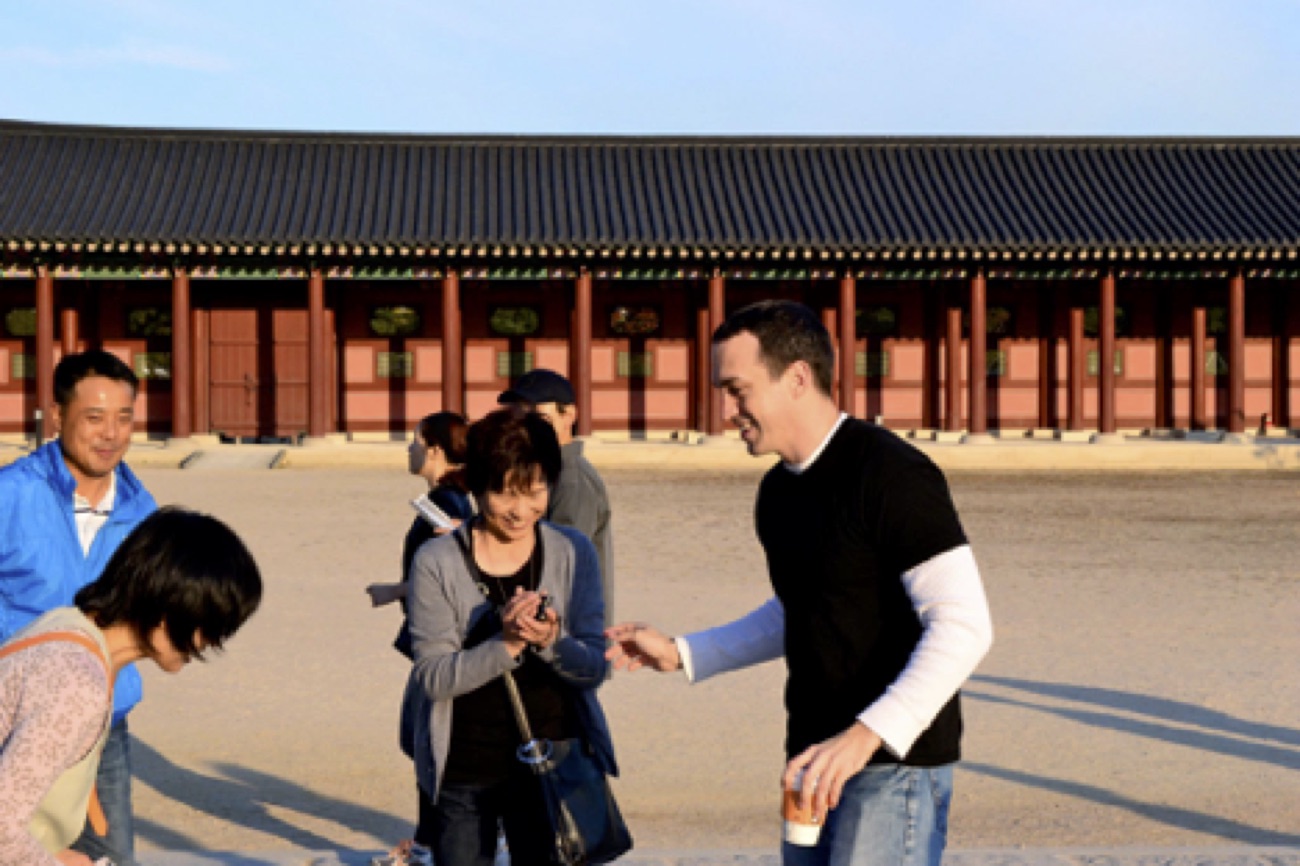