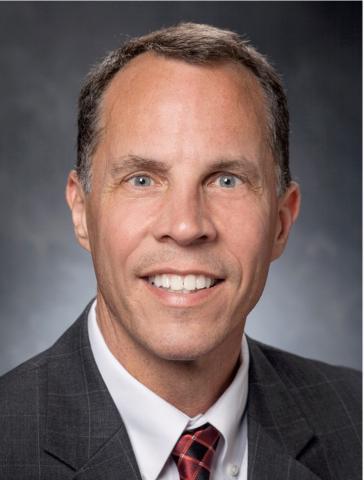 Dr. Russell J. Mumper has been named The University of Alabama’s vice president for research and economic development effective Jan. 1, 2019.

A vice provost from the University of Georgia who previously led four research centers or institutes co-founded five start-up companies, and received nearly $30 million in research grants and contracts, Mumper was selected following a national search.

“Dr. Mumper has demonstrated, at multiple institutions, that he has the broad-based knowledge and leadership skills necessary to significantly grow and sustain impactful research and economic development enterprises,” said UA President Stuart R. Bell. “I’m confident he is the ideal candidate to build on The University of Alabama’s unique strengths and enhance our research prominence.”

During his 27-year-career, Mumper, who has served as vice provost for academic affairs at UGA since 2014, has also worked in the pharmaceutical and biotechnology industry and served in administrative and faculty positions within the University of North Carolina and University of Kentucky schools and colleges of pharmacy.

Mumper, who has published more than 300 scientific articles and abstracts and has 60 awarded or pending patents, earned his bachelor’s degree in chemistry and his doctorate in pharmaceutical sciences, both from the University of Kentucky.

During the last three years, total research expenditures at UGA, where Mumper also serves as a professor in both the departments of pharmaceutical and biomedical sciences and within the School of Chemical, Materials and Biomedical Engineering, increased by 31 percent.

He championed UGA’s submission to the National Security Agency/Department of Homeland Security to be designated as a National Center of Academic Excellence in Cyber Defense Research. UGA was awarded that designation through academic year 2022. Mumper also serves as chair of UGA’s Arts Council.

At UNC, where he worked from 2007 to 2014, Mumper founded the Center for Nanotechnology in Drug Delivery and co-directed the Institute for Nanomedicine. Promoted to vice dean of UNC’s Eshelman School of Pharmacy in 2010, Mumper served as the chief academic and strategic officer for the school, co-led the execution of a new curriculum for pharmacy students and co-developed a transformative concept to advance and promote cancer drug discovery and development.

During Mumper’s time as center director and vice dean at UNC, external grant funding increased in the pharmacy school from $7 million to $27 million.

He also provided direct oversight of the Office of Innovative Leadership and Diversity, which received UNC’s Diversity Award, and a faculty mentoring program.

A member of several federal scientific grant review panels, including the National Institutes of Health, the Department of Defense and the National Science Foundation, Mumper has received campus-wide teaching awards at two research universities.

Mumper will provide leadership for advancing UA’s research and economic development efforts, fulfilling one of the primary goals of UA’s Strategic Plan.