This entry is the first in a series of guest bloggers I am welcoming to this space over the next year. It will be an opportunity for faculty, staff and students to share with us their Wildcat experience. In this first installment, Sarah Geegan, an integrated strategic communications graduate, current graduate student and information specialist in UK Public Relations and Marketing, recently returned from our nation’s capital where she joined fellow students and alumni for the Presidential Inauguration Ceremony. Please enjoy.  -President Eli Capiluto 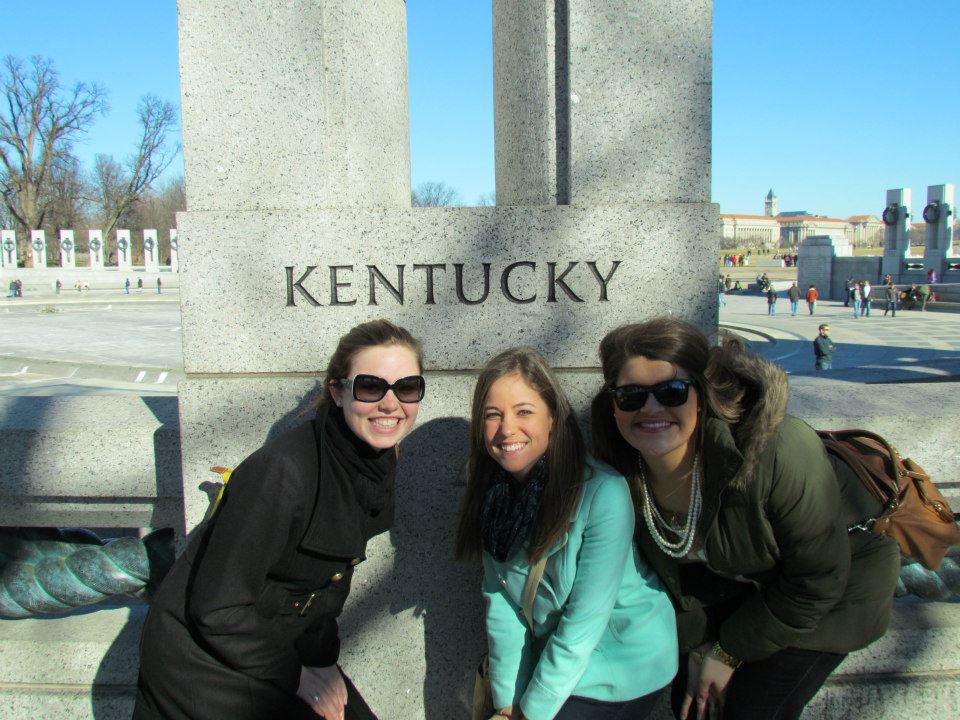 Last month I was fortunate enough to witness in person a monumental moment in United States history, the 57th presidential inauguration ceremony. Nestled under about five layers of clothing and equipped with the essentials (hand-warmers, binoculars, a camera and snacks), I maneuvered my way through the crowd of 800,000, my hands clasped around the arms of several friends from UK.

Standing on the Capitol lawn and watching the Congressmen, Supreme Court justices and the Presidential family file in was thrilling, as was hearing the President deliver his inaugural address live. Feeling the pulse and the excitement of the eager crowd around me-- people who came from California, from Texas, and from right around the corner in Maryland or Virginia -- was unlike anything I have ever experienced. Party affiliation aside, watching Barack Obama and Joe Biden recite their oaths under the Capitol dome, and feeling ― physically ― the energy of the crowd as this historic moment transpired made me feel as proud to be an American as I have ever felt.

Looking back on the weekend as a whole, I have to say that the word "pride" became rather thematic, and perhaps encapsulates the accumulation of my experiences in D.C.

I drove to D.C. with two undergraduate students; we had to drive through the night both ways to accommodate class and work schedules. When we arrived in D.C., we picked up our tickets from our respective Congressmen's offices and were assigned specific standing areas to view the ceremony. On Monday morning, we headed for the Metro at 6 a.m., anticipating long lines on the way to and from the Metro stop. While getting to the ticket entrance area was fairly easy, the line to enter the Capitol lawn stretched down several streets and around several buildings. We waited for about an hour, chatting with the people in line behind us, just to arrive at the security tents, which were very similar to airport security check points. 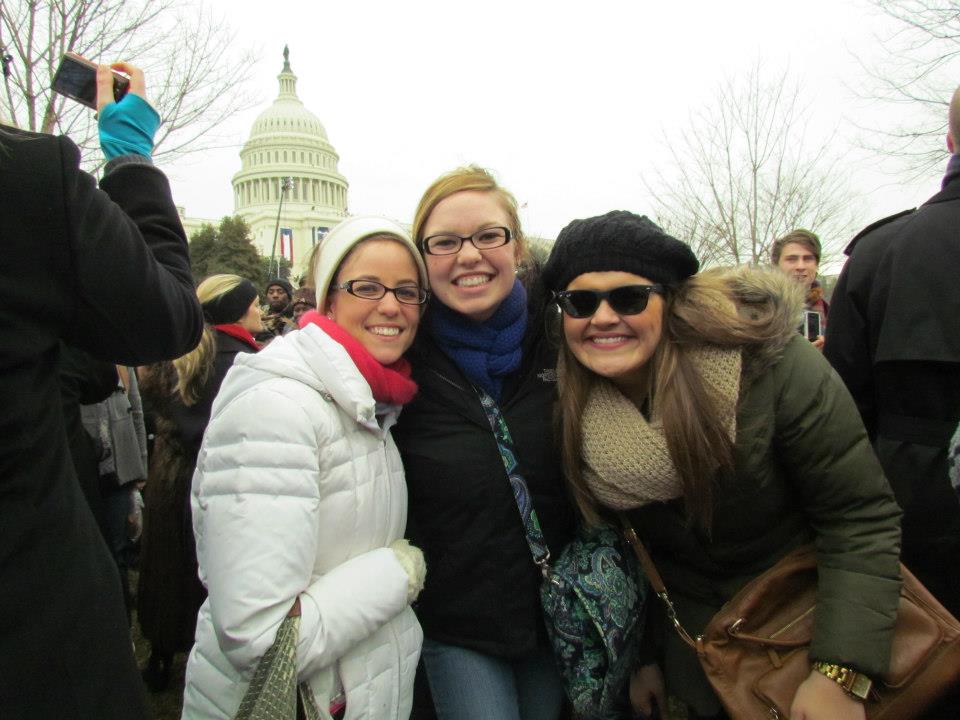 When we finally arrived in the viewing area after being thoroughly assessed by the refreshingly friendly Secret Service officers, I would have to say that the word "crammed" does not begin to describe the space around us. We waited for three hours for the ceremony to begin and made friends quickly with the people behind us-- ― the same people with whom we had competed for "good spots," and occasionally had to grab for balance as people moved their way through the confined area. When they asked us where we were from, we enthusiastically responded that we were from the University of Kentucky, and I listened with immense pride as my fellow UK students described our school and its accomplishments: things like a national championship, the great success of DanceBlue and the prestige of various academic programs.

When the ceremony finally began, we used our binoculars to peer through the inconveniently located trees in front of the capital, and viewed the various speakers. As I said, hearing the speech and experiencing the emotions of the crowd was truly incredible; however the best part of the experience was the pride I felt as I shared this moment with my fellow Kentuckians.

Over the course of the weekend, I stayed with a dear friend of mine, a UK alumna and former classmate in the UK Honors Program, Nikki Hurt. Nikki is attending George Washington University, pursuing a master's in public health and health policy. Throughout the weekend, I was blown away by her ability and commitment to balance her onerous school work, while also playing hostess to friends visiting D.C. She got up early in the mornings to read for her class, met with classmates for a few hours in the afternoons to review her material, and still managed to fully participate in the inaugural activities.

I was so proud to behold, first-hand, her passion for the field of health care policy, and to see how that translated into her excitement for an inaugural ceremony that symbolized an era in which health care issues are on the forefront of American politics.

Outside of the ceremony itself, my fellow Wildcats and I had the opportunity to display our Kentucky pride during the UK vs. Auburn basketball game the Saturday before the inauguration. I have heard before that one can find a UK fan in any city in the nation, especially during basketball season, but I didn't truly appreciate this sentiment until that night. We found a sports establishment known to play SEC games, and before I knew it, the entire restaurant overflowed with UK fans. Within this particular building, the night was comparable to the nights I spent in New Orleans during the 2012 SEC tournament. Everyone was wearing blue. Everyone was cheering on the Cats. Everyone, I believe, felt the same overwhelming pride that I felt to celebrate a win with UK family despite being 500 miles away from Lexington.

Touring the monuments and hearing the varying perspectives of the people I was with ― a public health grad student, a political science senior and an education senior from UK, as they took in this important historical moment in unique ways, but with the same enthusiasm and passion that has come to define the weekend, was a wonderful experience. I'm so thankful that I had that opportunity to go.