Off DeWall: The Big Dance, Down Under

Every year it happens. I gasp when I receive the email. I never remember when it starts, but I always remember when it ends. Yes, I’m talking about the NCAA tournament – and about the special bracket tournament that some of my colleagues at Kentucky take part in every year. We get an email reminder, followed by a flurry of activity when people assemble their predicted winners and losers in a neat, sideways pyramid. 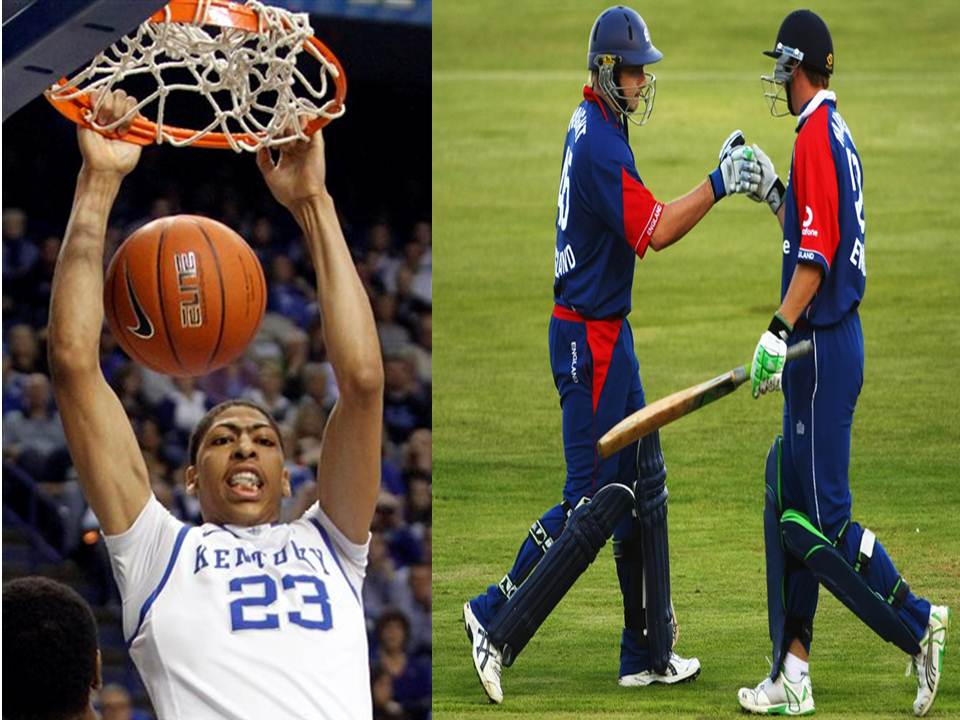 After filling out my bracket yesterday, I could barely contain myself. Would I have the best picks this year? Can Murray State really do that well in the NCAA tournament? Will Syracuse fall when I think they will? Armed with my enthusiasm, I went to a nice dinner with some colleagues and their friends. Two of the people at dinner were from America, so I assumed we could trade our picks for the upcoming Big Dance.

“I’m so excited for this year’s NCAA tournament,” I said to my American colleague. “It’s huge back in Kentucky.”

“Is that starting up now? I wasn’t paying attention,” he responded.

A hush fell over the table, and I knew I might have to keep my excitement to myself. But it didn’t matter – I knew I would have enough excitement when I returned home. On the way back to my apartment, I reflected on how I often I had tried to take an interest in local Australian sports since arriving in Sydney. Almost never.

Last weekend, I watched cricket for an hour while I worked out at the gym. (In full disclosure, the television’s controls were locked so that I couldn’t change the channel or adjust the volume. I tried to change both.) Bowl after bowl, wicket after wicket, and I still had no idea what was going on. I knew the parts they replayed were important, but I barely knew why. The in-depth analysis skimmed the surface of what I understood.

Somewhat beleaguered, I mentioned that I watched a cricket match at dinner with a bunch of Americans who live in Sydney. I waited to see their response before I let them know about my experience. Can you predict what they did?

They smiled in an all-knowing way, which was followed by muffled belly laughs that let me know I had struck a chord.

“Believe me, you watched a little part of a cricket match,” my new friend Jay told me. “Some matches can last days. Believe me, it could take you years to understand what’s going on.”

Then he went into helper mode, which I appreciated. He began to talk quickly about how you get runs, how you decide when you’ve had enough runs (sometimes you get a choice, sometimes you don’t), and a bunch of other stuff. The more excited he got, the faster he talked – and the more lost I got. He saw my eyes glaze over and then repeated his earlier statement, “You could watch it for years and still have no idea what’s going on.”

Which brings me back to the Big Dance. I’m not surprised that people care more about cricket, rugby, or other popular Australian sports than they care about Kentucky’s #1 seed in this year’s NCAA tournament. Part of what makes us human is that we care about what’s close and important to the people around us. I care about my sports; they care about theirs.

I still think my NCAA bracket is great – and I still know that the University of Kentucky is going to win the whole thing. But I also realize that I don’t have to expect other people to care as much as I do. If I lived here, I would probably start to dream about tries, drop goals, or wickets. For now, I’ll still dream about Kentucky cutting down the nets in New Orleans.