My students and I conduct work in three areas: risk for alcoholism, risk for eating disorders, and clinical assessment methodology (to go to the lab webpage click here). Some of that work involves development of basic theory with respect to both personality and learning:

Risk for Alcoholism
Our current work focuses on developing and testing a model of risk that integrates personality trait theory with psychosocial learning theory. The idea is that certain personality traits bias the learning process, to lead to the formation of overly positive expectancies for the benefits of drinking. In particular, the traits of positive and negative urgency (the tendencies to act rashly when experiencing intensely positive or negative affect, respectively) predict subsequent increases in high risk expectancies, which in turn predict subsequent increases in drinking quantity. Our recent work suggests that pubertal onset is associated with increases in the urgency traits, and thus in risk for problem drinking.

Risk for Eating Disorders
In recent years, we have developed measures to assess expectancies for the benefits of eating and of dieting/thinness. We have shown that they correlate strongly with symptom endorsement and that they predict symptom endorsement longitudinally. We have also shown that positive urgency, negative urgency, and the trait of ineffectiveness predict subsequent increases in dieting/thinness expectancies, which in turn predict the onset of eating disorder symptoms.

Clinical Assessment Methodology
My students and I periodically make contributions to the basic assessment literature, with methodological papers on various topics.

My students and I have been involved in efforts to clarify the personality basis underlying impulsive behavior, in efforts to integrate dispositional and learning processes, and in efforts to understand culturally specific and universal psychological processes. 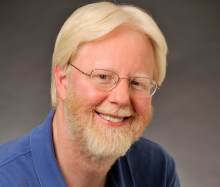